A little game I made in a couple weeks. Hope you enjoy it.

Potatoes Are Not Explosive251 days ago(+1)

Love the art style! The people, the ball, the score, the particles, it all looks great! I wish it was clearer when you had a person following the cursor and when you didn't. Like maybe if the circle changed color if there was a person actively following it?

Now that I've finished it I have to say, lovely concept. I wish the core loop were a bit more engaging. I've had shoulder problems that have made using a mouse kind of difficult so getting through the game was a bit tedious. But I powered through it because I wanted to know what would happen next.

Also I found some typos:

forget the exact line but the after the second knock knock joke the scorekeeper says something like "I already did this bit already", they say already twice. Maybe that's intentional?

also towards the end "but for now1" there's a stray 1 in there.

I'm glad you liked it, Thank you! And thanks for the feedback. Ill try to put out a build that fixes those typos. I was also experimenting with an alternate mouse control scheme where you have to be less precise with the cursor movement. 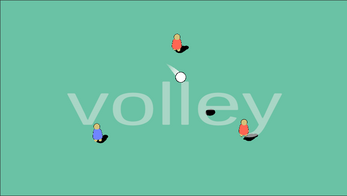